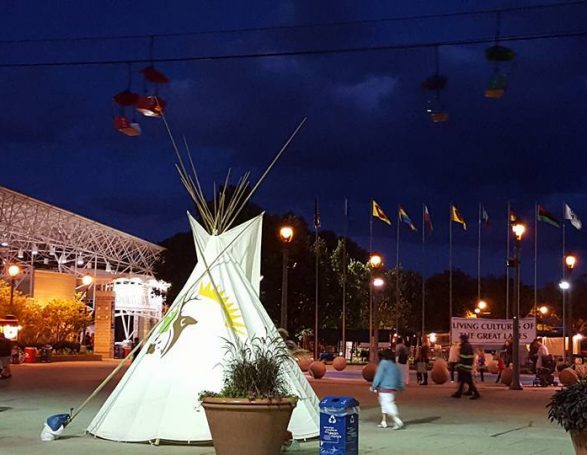 Indian Summer Festival is an annual gathering of American Indian tribes in Milwaukee, Wisconsin. The festival has the mission of preserving and showcasing the culture and traditions of Native Americans that have been passed through centuries from generation to generation. The visitors have the chance to experience a wide variety of activities on the grounds of the festival that have the role of both enlighting the visitors about Indian American culture and entertaining with a variety of tribal dances, music contests and sports events.

When it is held?

The Indian Summer Fest has been organized since 1987 and traditionally takes place the weekend after Labor Day. This time of the year is not randomly chosen, as it has a symbolic meaning for the Indian Americans in Midwest. The tribes put their last effort into gathering anything they can for wintertime. They go hunting and harvest the last crops on the field to get ready for the winter. The festival is an occasion to celebrate the successful ending of the agricultural season and the transition to the cold period of the year. The tribes meet each other to party, foster good communication ties, share diversity and compete in friendly sports events.

The Indian Summerfest is full of events that are both entertaining and help learn a lot about Indian Americans heritage. From exhibitions of crops and traditional food to singing contests to Native American spectacular dancing. If you are a sports fan, you can attend the boxing or lacrosse contests that have the 11 Wisconsin tribes compete against each other to show off their diverse skills. Besides, the Indian Summerfest organization holds an annual charity golf outing that has the goal of gathering funds for encouraging the development of American Indian tribes and preserve their culture through tribal gatherings and public festivals, showcasing their age-old traditions and fostering tight relations between them.